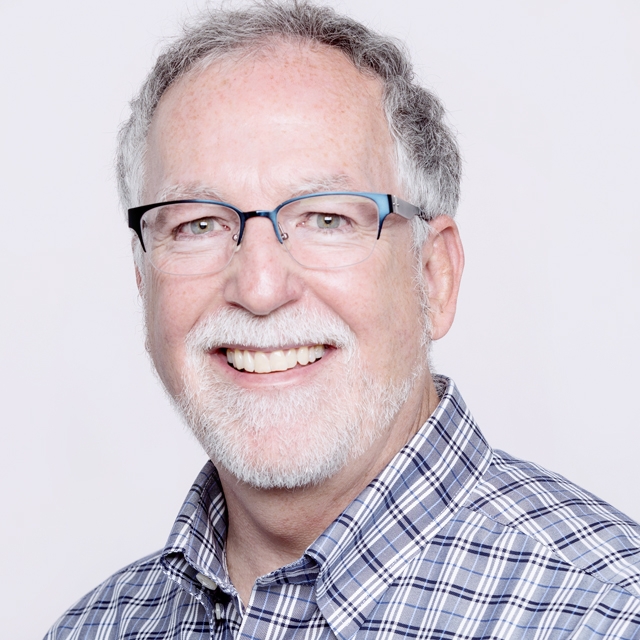 Dr. Mathew L. Ouellett is the founding executive director of the Center for Teaching Innovation, joining the Cornell community from Wayne State University where he served as associate provost and director of the Office for Teaching and Learning. Earlier, Matt held increasingly responsible positions at the University of Massachusetts Amherst as senior lecturer and the director of the Center for Teaching. Matt has regularly been the recipient of internal and external research support acting as primary or co-primary investigator on three National Science Foundation-funded grants. He has edited two collections and authored or co‐authored over 40 peer‐reviewed articles and book chapters. Most recently, with Christine Stanley, Friendship in Educational Development: Reflections on Intersectional Identities and Inclusive Professional Practices (2019). He has taught undergraduate and graduate courses at UMass Amherst and Smith College School of Social Work. Most recently, he co-teaches Teaching and Learning in the Diverse Classroom, a Cornell University MOOC on edX.

Matt has been the recipient of numerous university and national awards. In 2014, the Wayne State University Student Senate awarded him the Student Senate Administrator of the Year Award, Wayne State University, Detroit, Michigan. In 2012, he was honored with the Robert Pierleoni Spirit of POD Award for outstanding lifetime achievement and leadership in the enhancement of teaching, learning, and faculty development. He served as president / executive board member of the Professional and Organizational Development (POD) Network in Higher Education, 2005 – 2008. He has won the POD Innovation Award twice (2020, 2002). He served as president of the New England Faculty Development Consortium Advisory Board, 2000 – 2002. In 2000, the University of Massachusetts Amherst Center for Teaching received the Theodore M. Hesburgh Award for a faculty development program that enhances undergraduate teaching and learning. And, in 1994 he was honored with the Award for Outstanding Bravery and Courage, Medal for Civilian Service, Division of Public Safety, University of Massachusetts Amherst.

Matt has provided faculty development and diversity consultations in international settings that include Barbados, Canada, Japan, Mongolia, Sri Lanka, Taiwan, and Vietnam as well as across the United States. Matt received his Ed.D. from the University of Massachusetts Amherst, his M.L.A. from Goddard College, and his Bachelor of Arts from the University of Nevada Reno. 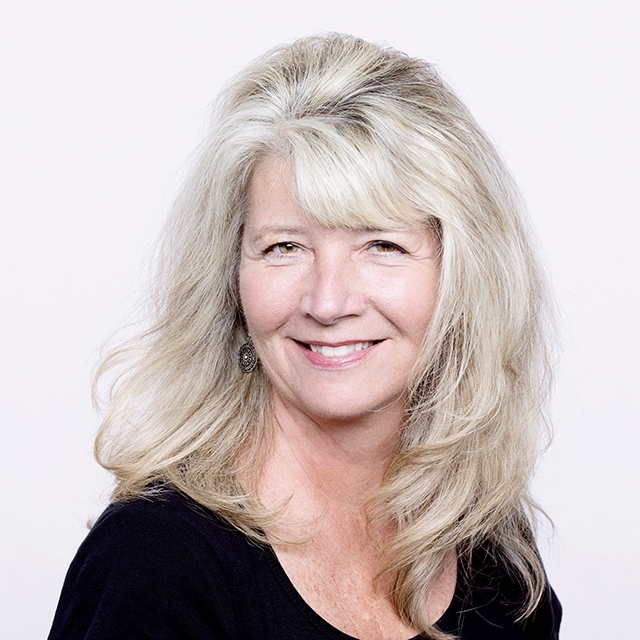 Diane Sempler is a senior associate director in the Center for Teaching Innovation, leading a team that supports faculty with innovation projects including blended and online learning. She has spent over 30 years in various roles at Cornell, with over 20 years managing and leading teams within IT and Academic Technologies. Diane’s role in these positions has brought with it broad experience with many facets of leadership, management, project management, and understanding the needs of faculty, staff, and students at Cornell. Her skills include relationship management, facilitation, influence and negotiation, managing and developing people, and the ability to lead cross-divisional collaborations and build partnerships. Diane studied communications and marketing at Cornell, and also holds a degree in early childhood education. 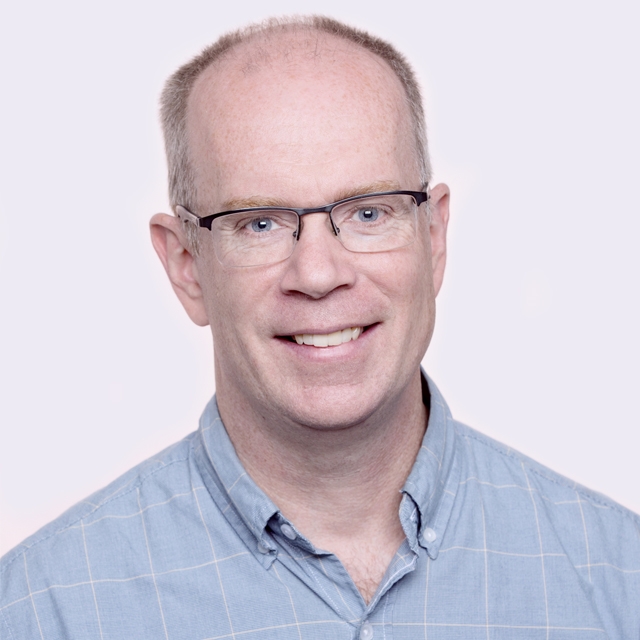 Dr. Robert Vanderlan is a senior associate director in the Center for Teaching Innovation, leading a team that offers instructional design expertise and support to faculty using a range of educational technology tools. In addition to five years supporting faculty teaching development, Rob has been an instructional designer for a wide range of online and blended courses. He is also the author of “Intellectuals Incorporated: Politics, Art, and Ideas Inside Henry Luce’s Media Empire” and a historian who has taught at Cornell and Hamilton College. Rob graduated from Cornell with a bachelor’s degree in government, holds a master’s degree in political science from the University of Michigan and a doctorate in U.S. history from the University of Rochester. 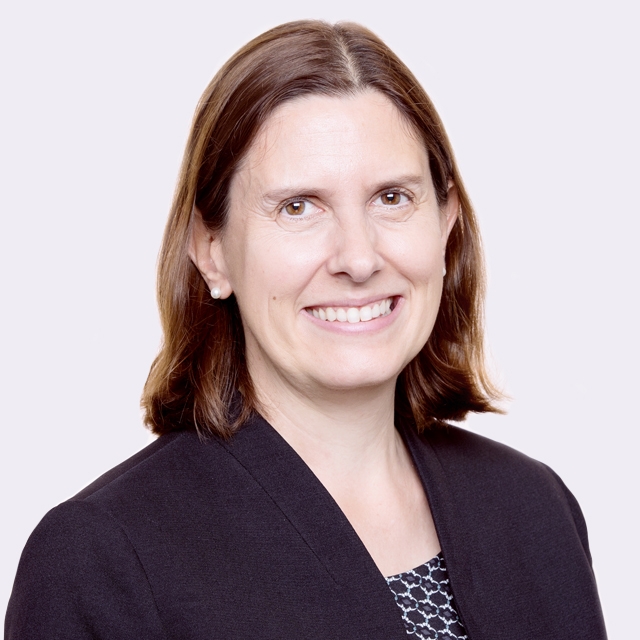 Dr. Carolyn Aslan is an associate director of the Active Learning Initiative in the Center for Teaching Innovation. She works in collaboration with the College of Arts and Sciences on the Active Learning Initiative, which helps faculty incorporate active learning methods into their classes in order to increase student learning and engagement, especially in large, introductory level courses. She also co-organizes (with Dr. Natasha Holmes) a weekly reading group about teaching and learning. She previously was a faculty member in archaeology in Istanbul and has done fieldwork in Turkey. She is a native of Ithaca and graduated from Cornell with a bachelor’s degree in archaeology and classics. While at Cornell, she started participating in summer archaeological excavations in Turkey, and became fascinated with the history and ancient cultures of this region. She received a doctorate in classical and near eastern archaeology from Bryn Mawr College. 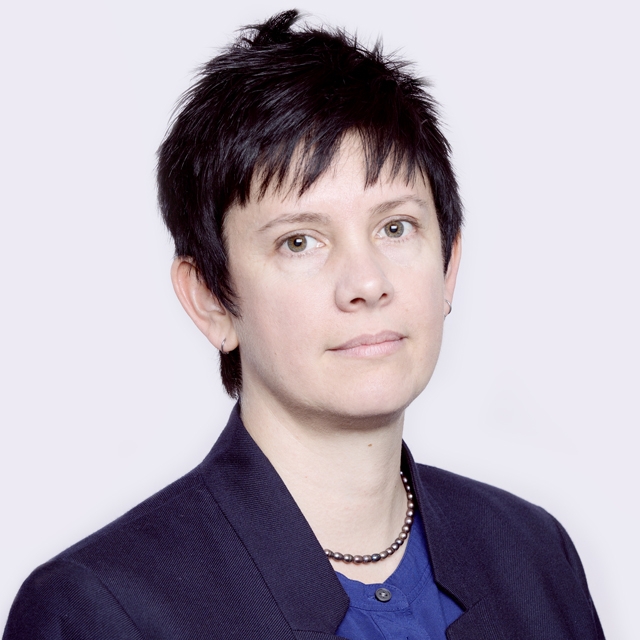 Melina Ivanchikova is the associate director of inclusive teaching in the Center for Teaching Innovation. She supports the development of reflective and inclusive teaching practices, global learning, and intercultural inquiry. She’s worked in higher education for nearly two decades, focused on culturally-responsive teaching. Prior to this role, she supported internationalizing the Cornell curriculum as part of the Global Cornell initiative, and previously was the outreach coordinator for the Southeast Asia Program. She holds a Master of Fine Arts in poetry, a master's in English, and a bachelor's in Russian/international relations and comparative literature. A former community college professor, Melina is a poet ("Later the House Stood Empty," 2014; and "Place of Origin," 2008) and is bicultural (U.S.-Argentina). She is fluent in Spanish, continues to study Russian, and enjoys collaborating with others. 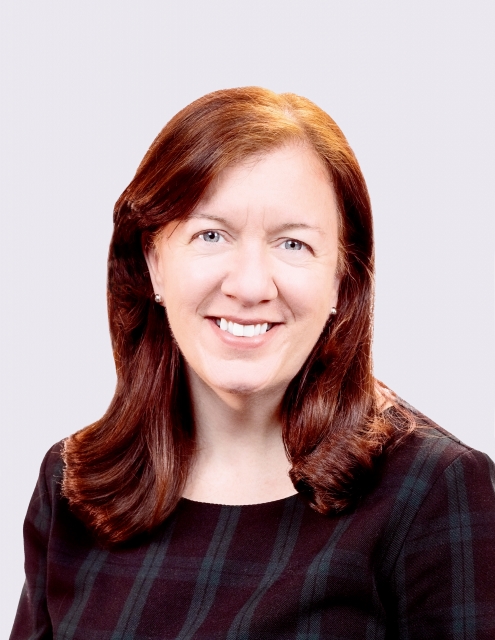 Dr. Kathleen Landy is an associate director in the Center for Teaching Innovation. She supports assessment and evaluation efforts both within and beyond the center. Kathleen came to Cornell from the City University of New York, where she served as the Assistant Dean for Teaching & Learning at Queensborough Community College. Kathleen holds a Bachelor of Arts in Psychology from SUNY Geneseo, as well as a Master of Science in Teaching and a doctorate in Educational Leadership, Administration, and Policy from Fordham University.  Kathleen’s grounding in learning theory, her considerable classroom experience, and the insights gained through years of working with educators inform her commitment to a collaborative approach to reflective instructional and assessment practice.  She is a peer evaluator for the Middle States Commission on Higher Education and serves on the Board of Directors (Past President) for the Assessment Network of New York. 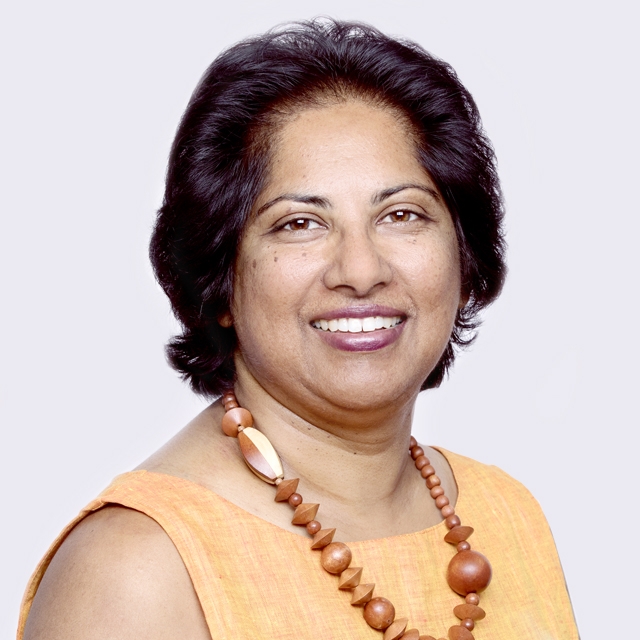 Dr. Derina S. Samuel is an associate director of graduate student development and of the International Teaching Assistant Program. She provides leadership for the GET SET Program, which includes the CTI Graduate Fellow Program, the fall and spring University-wide Teaching Conferences, GET SET workshops and the GET SET Certificate Program. She holds a doctorate in biochemistry and a master’s degree in public administration from Syracuse University, and a bachelor’s and master’s degree in chemistry from the University of Zambia. Her research and teaching interests over the past two decades have focused on future faculty programming, as well as professional development resources for graduate students and postdoctoral fellows. 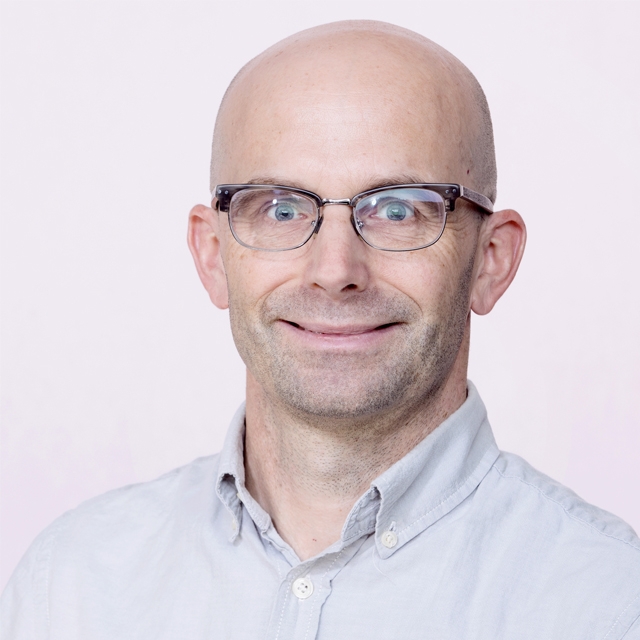 Benjamin Moss is an senior instructional designer in the Center for Teaching Innovation where he focuses on integrating media into classroom teaching. Prior to working at Cornell, Benjamin designed and created e-learning content for the California Digital Library and worked in educational technology at Yale University. In addition to these posts, he ran the library, designed curriculum, and taught for eight years at St. Luke’s School, an independent 5-12 school in Connecticut. He has also taught media studies at Colby Sawyer College in New Hampshire and film history at Menlo College in California. Benjamin has a bachelor’s from Trinity College, Connecticut and master’s degrees in library science, divinity, and media arts from the University of Pittsburgh, Yale University, and Hunter College, CUNY. 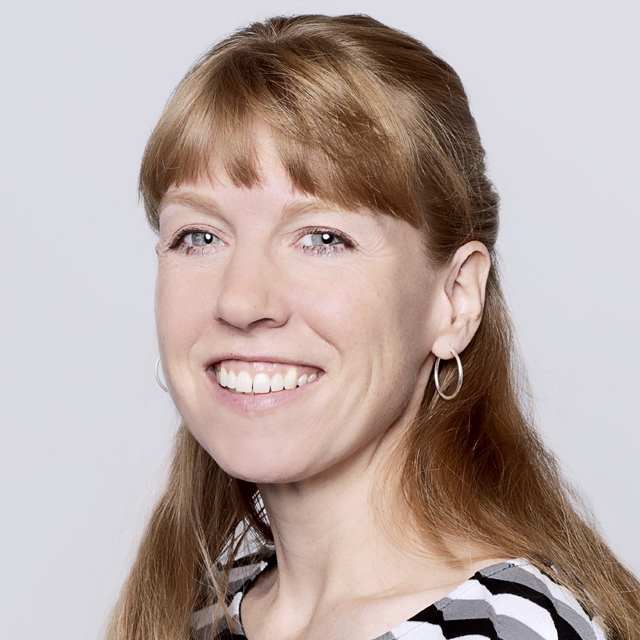 Kim Benowski is an instructional designer/developer in the Center for Teaching Innovation (CTI) and co-chair of the Cornell Online Learning Community. She creates and consults on innovative and accessible learning experiences with faculty and colleagues across the university. Prior to joining the CTI, Kim worked for eCornell and held progressively responsible positions in the corporate sector involving adult education, technologies, and project management. She has taught in person, hybrid, and online courses, programs and workshops to professionals on leadership, healthcare, human resource topics, and technology. In her doctoral studies, she has explored conditions that impact learning and assisted with research in the University at Buffalo’s neurocognitive science lab. She holds a master’s degree in education from Penn State University, a bachelor’s degree in human development from Binghamton University, and an associate’s degree in Business Administration from SUNY Broome. 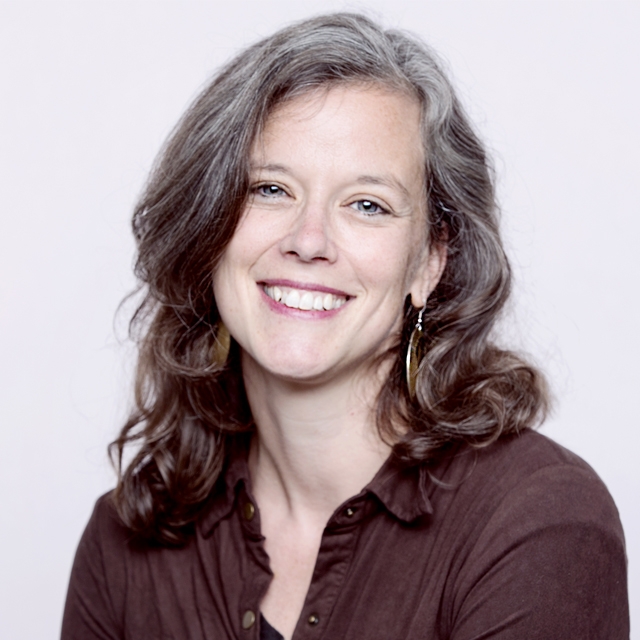